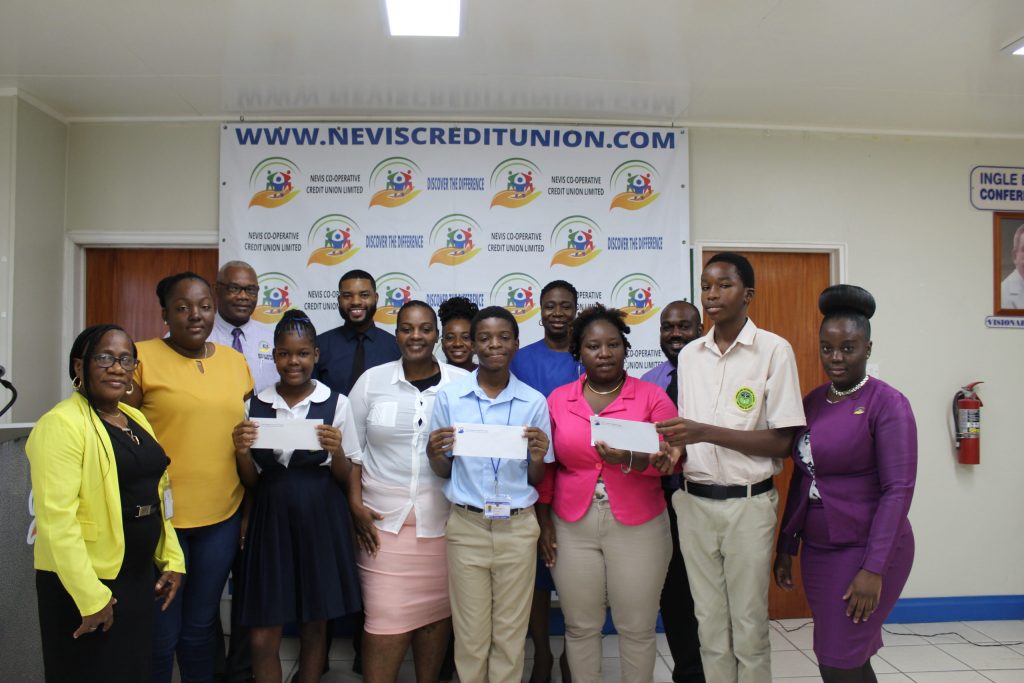 During a brief ceremony at the Credit Union’s Conference Room on Chapel Street, NCCU General Manager G. Sydney Newton welcomed the awardees “to a group of illustrious people,” noting that his institution was proud of the contribution it had made over the years.

“When I check the list and I see the names of the persons, I feel proud and one of these days we’re going to do a little documentary on these people,” he said, noting that “some of them have become head teachers and other things.”

“They have represented the Credit Union well and carried our banner high and they have made us proud and we expect you to do the same. We expect no less,” Newton said to the students.

“It is said that only two sets of people don’t change their mind: dead people who can’t and fools who won’t. We are neither dead nor foolish and so, we have changed our minds and we have granted two scholarships to various schools at various times,” he explained.

Former NCCU employee, now Secretary of the Board of Directors, Kris Liburd, offered congratulatory words to the recipients and their parents as he encouraged them “to use the funds wisely” and “do the very best” as they pursue secondary education.

The NCCU’s Scholarship Programme started in 1986. Scholarship recipients are usually identified when they enter secondary school. The disbursements to students continue throughout their secondary school journey. Scholarship holders who advance to the Nevis Sixth Form College or the Clarence Fitzroy Bryant College on St. Kitts also receive funding from the NCCU.

Monday’s scholarship presentation formed part of activities to mark International Credit Union Week 2020 which is being observed under the theme “Inspiring Hope for a Global Community.”