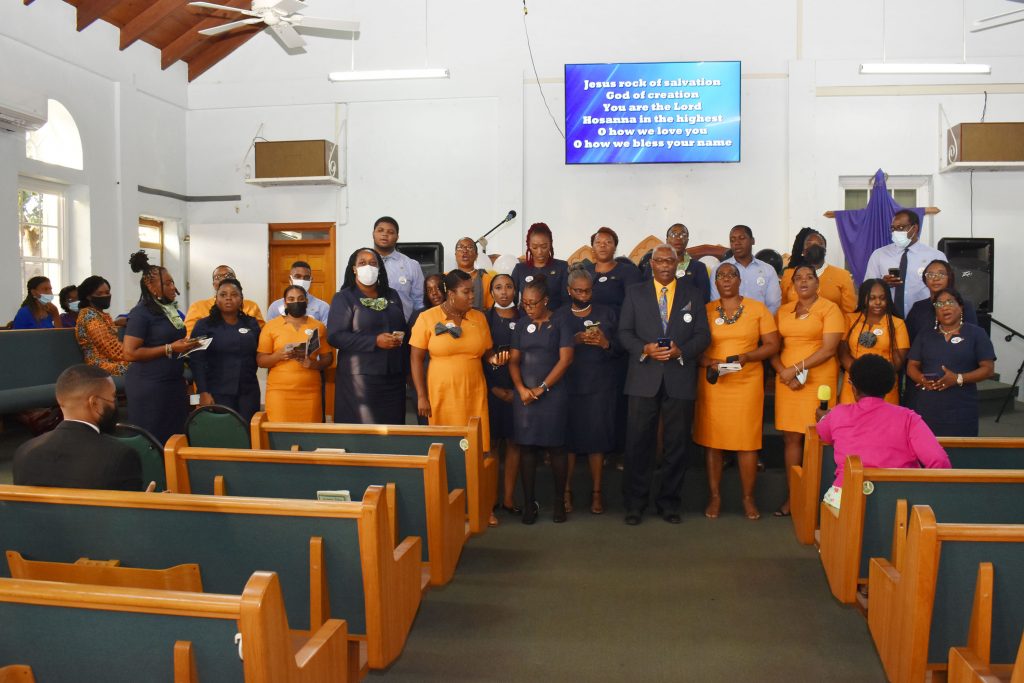 CHARLESTOWN, NEVIS, July 25, 2022 (MMS-SKN) — The success of the Nevis Co-operative Credit Union Limited, which is the oldest co-operative credit union in the Federation of St. Kitts and Nevis having been registered on July 25, 1972, has been attributed to ordinary people doing extraordinary things.

Observing year-long 50th Anniversary celebrations under the theme ‘Consistency, Financial Security & Serving the Community – 50 years of Development and Prosperity’, members of the Board, Management and Staff and friends attended a 50th Anniversary thanksgiving service that was held at the Taylor Memorial Wesleyan Holiness Church in Charlestown, Nevis, on Sunday July 24.

“However, between 1965 and 1972 the co-operative movement struggled to gain acceptance and support,” observed President Liburd. “I am told that business was very slow at the time, but growth always trended upwards.”

“I cannot think of a better example of ordinary people doing extraordinary things,” said Mr Liburd. “Today we salute the pioneers who laid the foundation for this very noble institution; a cohort of brave men and women who invested their time, talent and limited resources for the benefit of future generations.”

President Liburd advised that 2022 is a historic year for the Nevis Co-operative Credit Union Limited, noting that through sound leadership, effective management, and the commitment of its members, the institution has become a symbol of prosperity, stability, and partnership.

“For fifty years the Nevis Co-operative Credit Union Limited planted seeds of prosperity in the lives of ordinary people,” stated Mr Liburd. “When our members failed to meet the requirements of other institutions, the Nevis Co-operative Credit Union Limited provided a window of opportunity. Through strategic partnerships and viable financial services and solutions, we assisted many in realising the growth homeownership, landownership, higher education, entrepreneurship, and financial freedom.”

Rev Pemberton noted that in the days before social media, the churches were used to carry out co-operative credit union news to their members, and in that respect a number of them were recognised and honoured during the service. General Manager of the Nevis Co-operative Credit Union, Mr Sydney Newton, offered words of appreciation.